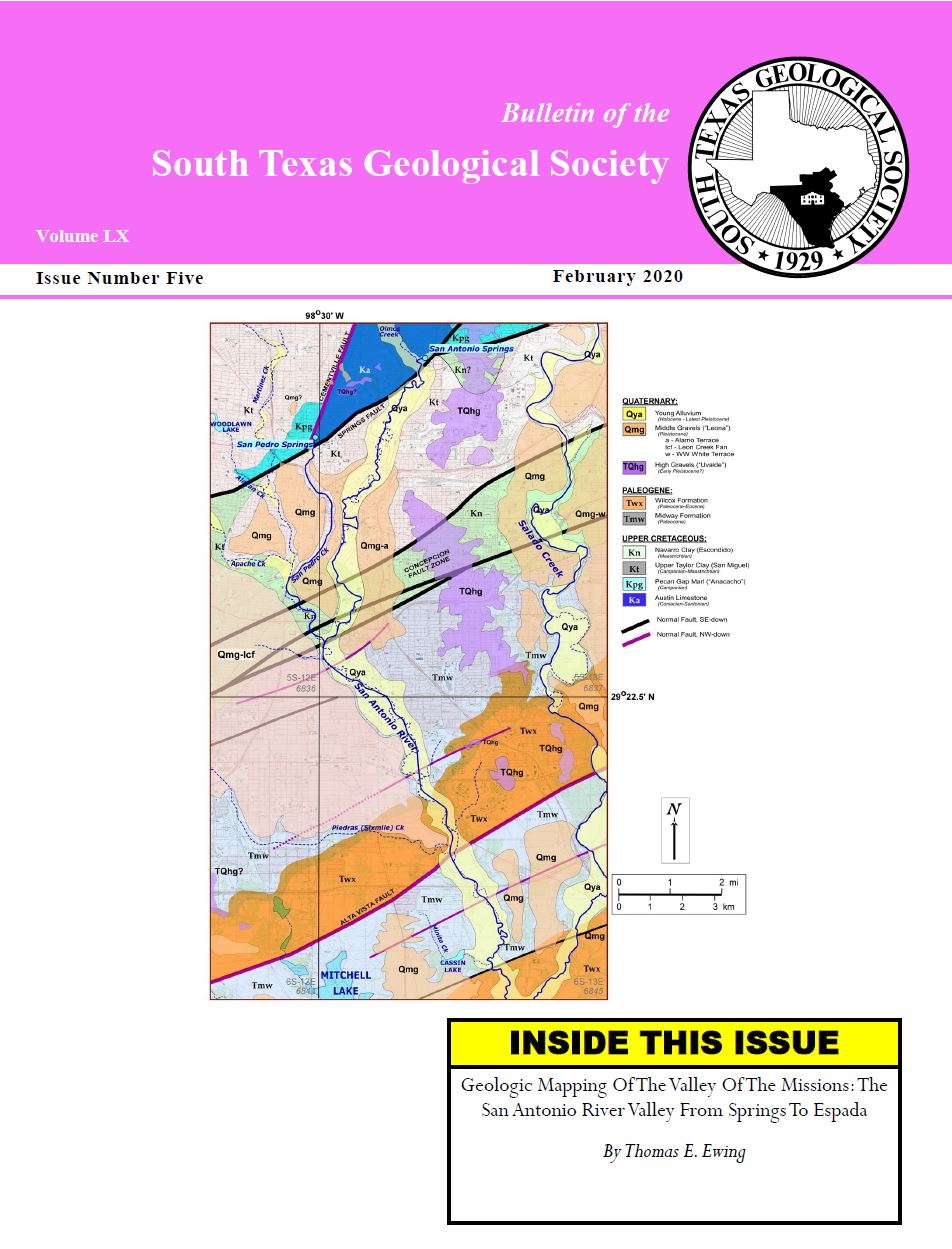 Geologic Mapping Of The Valley Of The Missions: The San Antonio River Valley From Springs To Espada
Thomas E. Ewing
Bexar Geological Surveys
San Antonio, TX
Summary
To support conservation and interpretation of the San Antonio Missions, the surface and subsurface geology of the Valley of the Missions (the San Antonio River from its springs to Mission Espada) has been mapped. Surface mapping is largely from soils and limited outcrop, supplemented by one-foot LiDAR contours. Faulting is principally determined from subsurface geology, using the base of Del Rio in drillers logs and electric logs as data.
Except for the hills around the San Antonio and San Pedro springs, formed of the resistant Austin limestone, the area is underlain by either 1) mudstones of the Taylor, Navarro, and Midway Groups, 2) sandstone and mudstone of the Wilcox Group, or 3) sand, gravel, pisolitic gravel, tufa, and silt of Quaternary age (arranged in three topographic levels). The mudstones seldom outcrop and are largely covered by Quaternary deposits. Balcones faulting (primarily SE-down) causes the Navarro-equivalent mudstone to be confined to a short interval across the valley, bounded by faults of the Concepcion zone. These faults also control the downdip limit of fresh water in the Edwards aquifer, and probably the location of the Concepcion tufa. To the southeast, the Alta Vista and other NW-down "Luling" faults are significant; oil has been produced upthrown to the Alta Vista fault from Austin limestone, Taylor lime and marl, and Navarro sandstone.