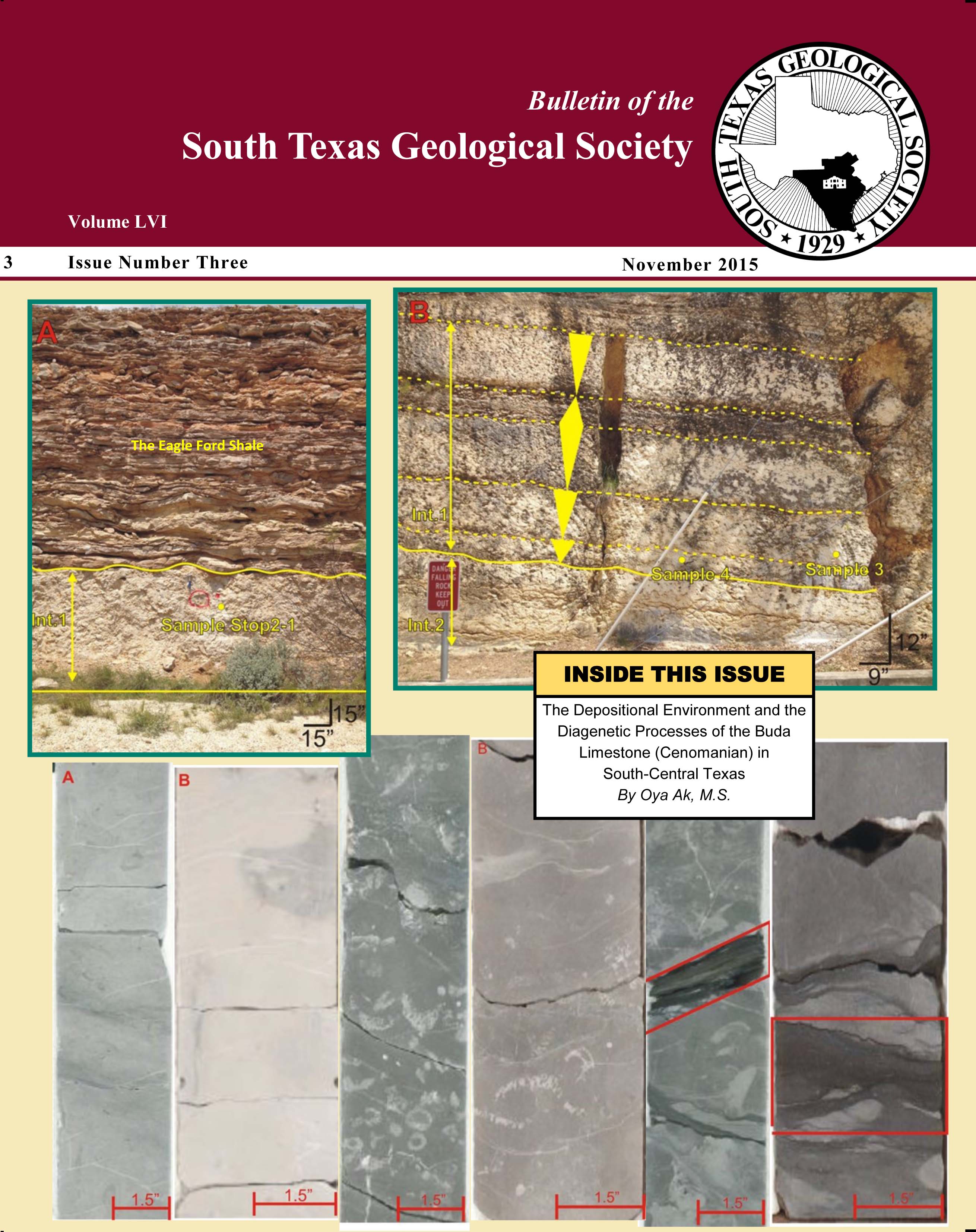 The University of Texas at San Antonio, 2015

This project focuses on the Buda Limestone in the region, and should lead to the identification of new oil prospects in that part of the state. The depositional environment of the Buda Limestone is interpreted as lying in sections of the inner and the outer shelf, with portions below both fair weather wave base and storm wave base. The Buda Limestone becomes thinner, and the depositional environment becomes shallower across the Pearsall Arch. Ten parasequence sets were identified based on changes in facies and lithology. Surface and subsurface data were used to create a regional sequence model.

The Buda Limestone has been exposed to two different types of diagenetic stages, which belong to the marine and burial diagenetic realms. The degree of burial diagenesis is the primary control on porosity. Those sections that have experienced more burial diagenesis and those with allochems originally composed of higher Mg calcite have lower porosity.