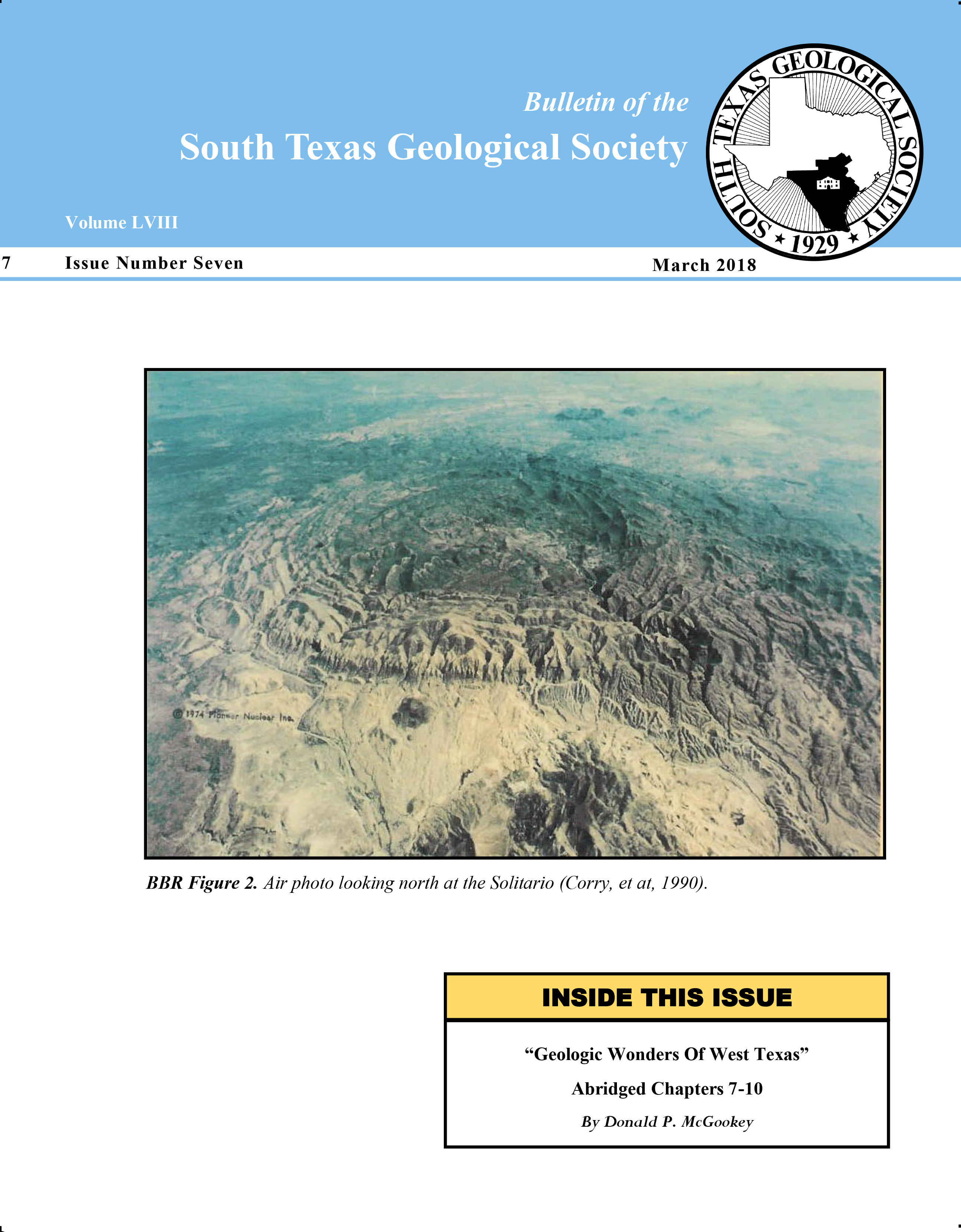 “Geologic Wonders Of West Texas”
Abridged Chapters 7-10
Donald P. McGookey
Volcanism across the Trans-Pecos Region of West Texas
Volcanism in the Trans-Pecos region of West Texas was limited to the period from 48 to 17 m.y. ago (late Eocene to Early Miocene times.) During this time volcanism was nearly continuous, but varied considerably in location, style, composition, volume and tectonic setting (Henry and McDowell, 1986).
The earliest igneous activity of the Trans-Pecos Region occurred in the form of widespread, locally abundant, small, mafic to acidic intrusions and basalt lavas in the Big Bend region. The time interval 37-35 m.y. ago was an active time for the Trans-Pecos region, especially in the Davis Mountains. Numerous extrusive centers and intrusions occurred over the Trans-Pecos region. About 35 m.y. ago igneous activity shifted markedly from the central to the southern part of the Trans-Pecos region.
There was a fundamental change in tectonic setting for this part of the North American continent about 31 m.y. ago. After that time volcanic activity was very limited. Two overlapping volcanic centers formed in adjacent Chihuahua about 30 and 28 m.y. ago (T-P Figure 7). Shortly after the Chihuahua events, nearby in Texas, an alkalic, mafic to intermediate