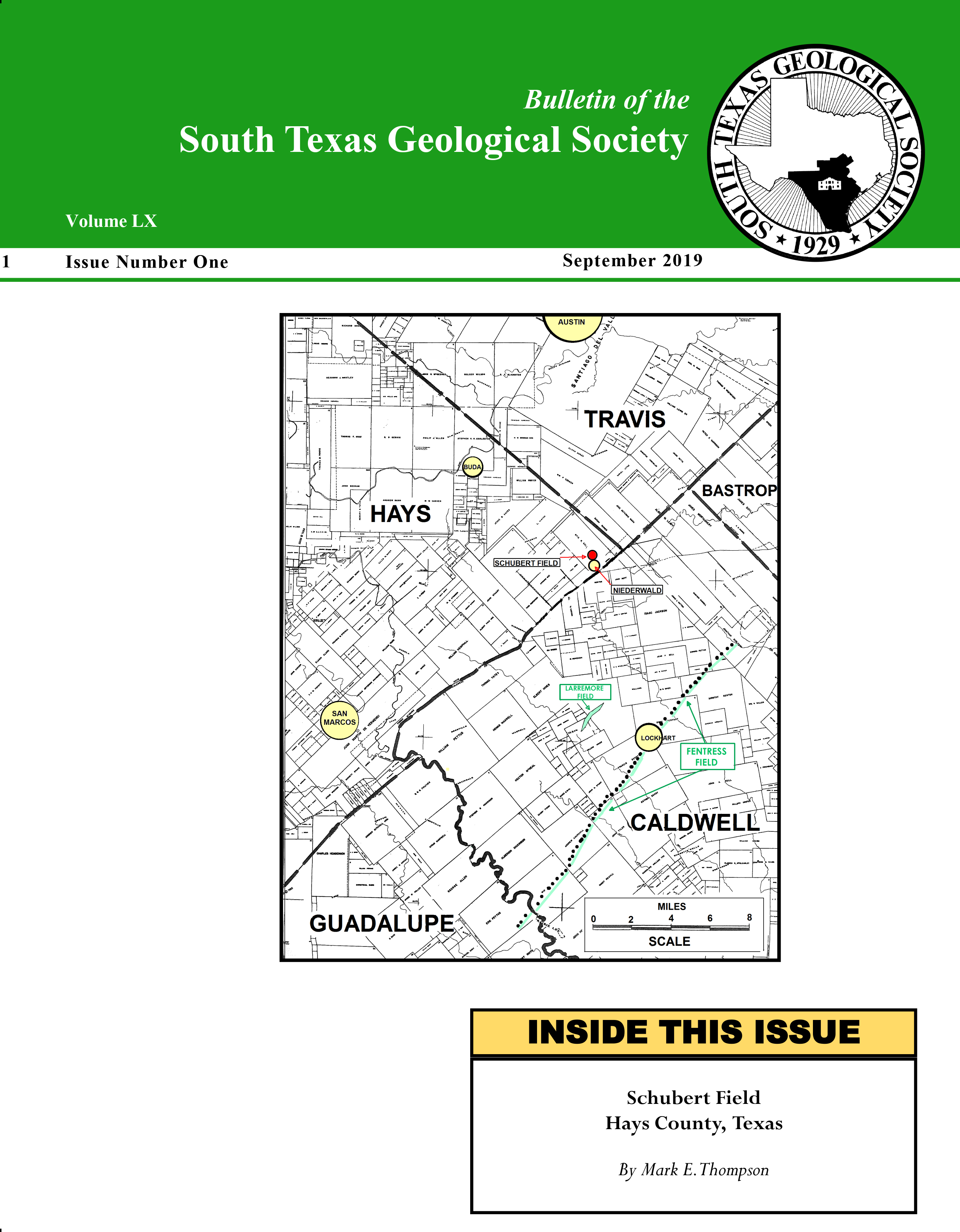 Schubert Field
Hays County, Texas
By Mark E. Thompson
Geologist, San Antonio
Abstract
Schubert Field is a very small oil field with a marginal production history. This article documents the field in order to highlight its most significant trait, being the only occurrence of oil production in Hays County.
Discovery of the Field
Woodward and Company drilled their #1 Schubert well in 1955 at a location ¼ mile north of the small community of Niederwald in Hays County and 7 miles north of the closest oil production present at Larremore Field in Caldwell County (Fig. 1). Larremore Field was discovered in 1928 and has produced over 1 million barrels of oil from the Edwards Formation.
The #1 Schubert well was drilled to a total depth of 3297', penetrated the entire Mesozoic section and bottomed in Paleozoic metamorphics. The deeper formations were void of hydrocarbons but a show of oil was recorded in the shallow Austin Chalk and a DST run from 687'-936' recovered 15' of oil and 115' of oil cut mud. The well bore was plugged back to 770' before 5-1/2" casing was run to 741' and the well was completed open hole over this 741'-770' Austin Chalk section as the discovery oil well for Schubert Field. Figure 2 is a log of the shallow portion of the Schubert discovery well with Austin Chalk oil saturated intervals that were logged in subsequent Schubert Field wells indicated. A thin, detrital volcaniclastic serpentine layer derived from adjacent serpentine mounds to the east near Creedmore occurs at the top of the Austin Chalk.
During the next 30 years the #1 Schubert well was offset in all directions by 6 wells drilled to extend the field, and all met with failure as dry holes. From 1955 to 1991 the Schubert oil field remained a one well field.