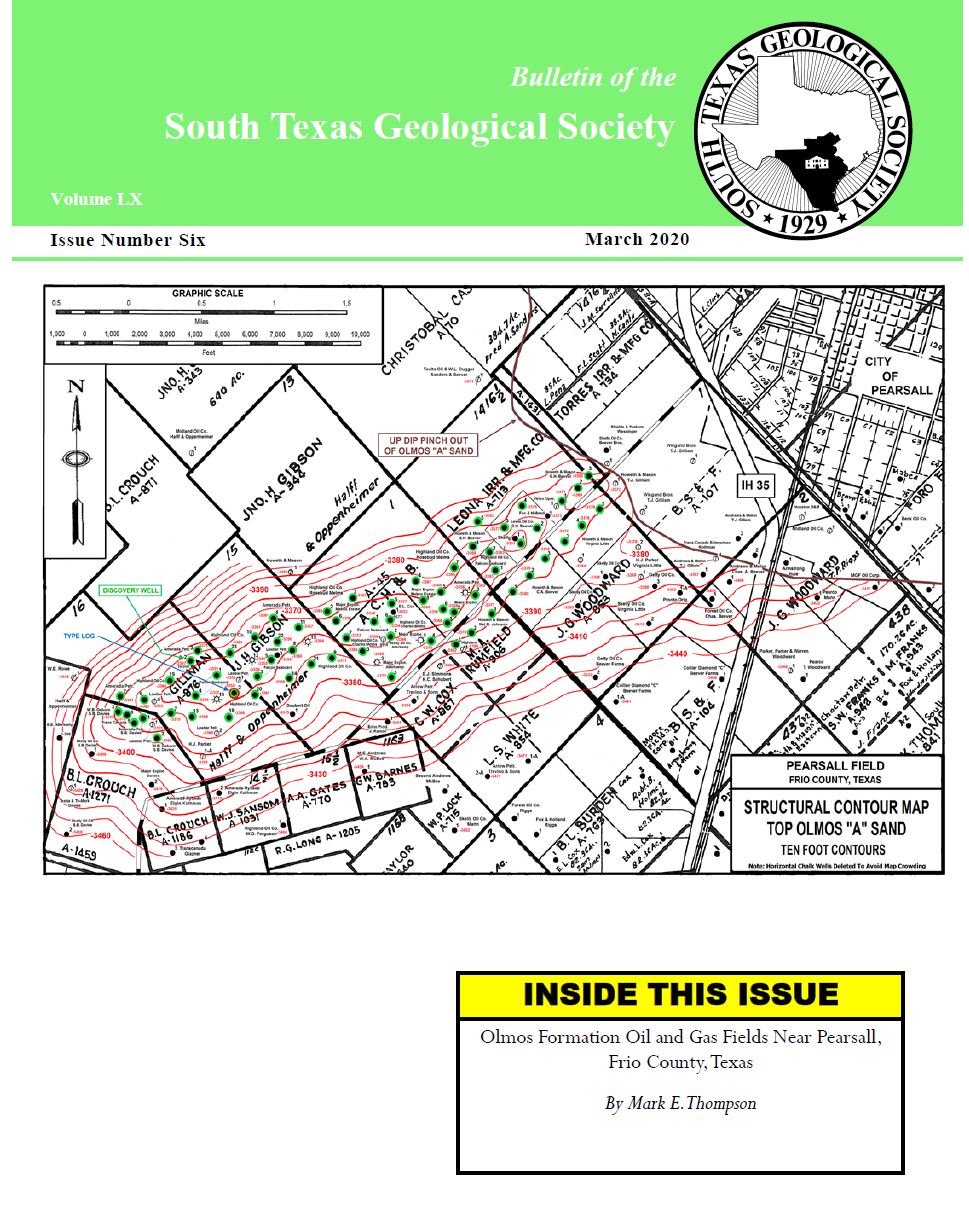 Olmos Formation Oil And Gas Fields Near Pearsall, Frio County, Texas
By Mark E. Thompson
Geologist, San Antonio, TX
Abstract
The Olmos Formation is productive of oil and gas across an area that includes the Maverick Basin of southwest Texas and extending eastward onto the west flank of the San Marcos Arch. Descriptions are presented here of oil and gas fields located at Pearsall and the area to the east and northeast within Frio County that produce from the Olmos sands. The history of the field discoveries and their subsequent oil production along with the structure and stratigraphy of these fields is discussed. The large Big Foot Field has been briefly described in the geological literature and the other smaller fields located near the city of Pearsall have had mentions in articles written about the general stratigraphy of the Olmos Formation, but no previous descriptions of these oil and gas fields have been published that provide any details.
The stratigraphic position of the Olmos Formation in southwest Texas has been the subject of debate for 80 years and the conflicting evidence is reviewed and discussed. Stratigraphic correlations of the Olmos Formation have been revised in numerous older publications and the official names of the oil and gas fields in northeast Frio County as recognized by the Texas Railroad Commission predate the modern stratigraphic nomenclature. The result is some of the older official names are now incorrect and obsolete. The relationship of the fields to the regional Bigfoot erosional unconformity truncation is discussed as well as the relationships between the field locations to the up dip pinch out line of the Olmos “A” sand.