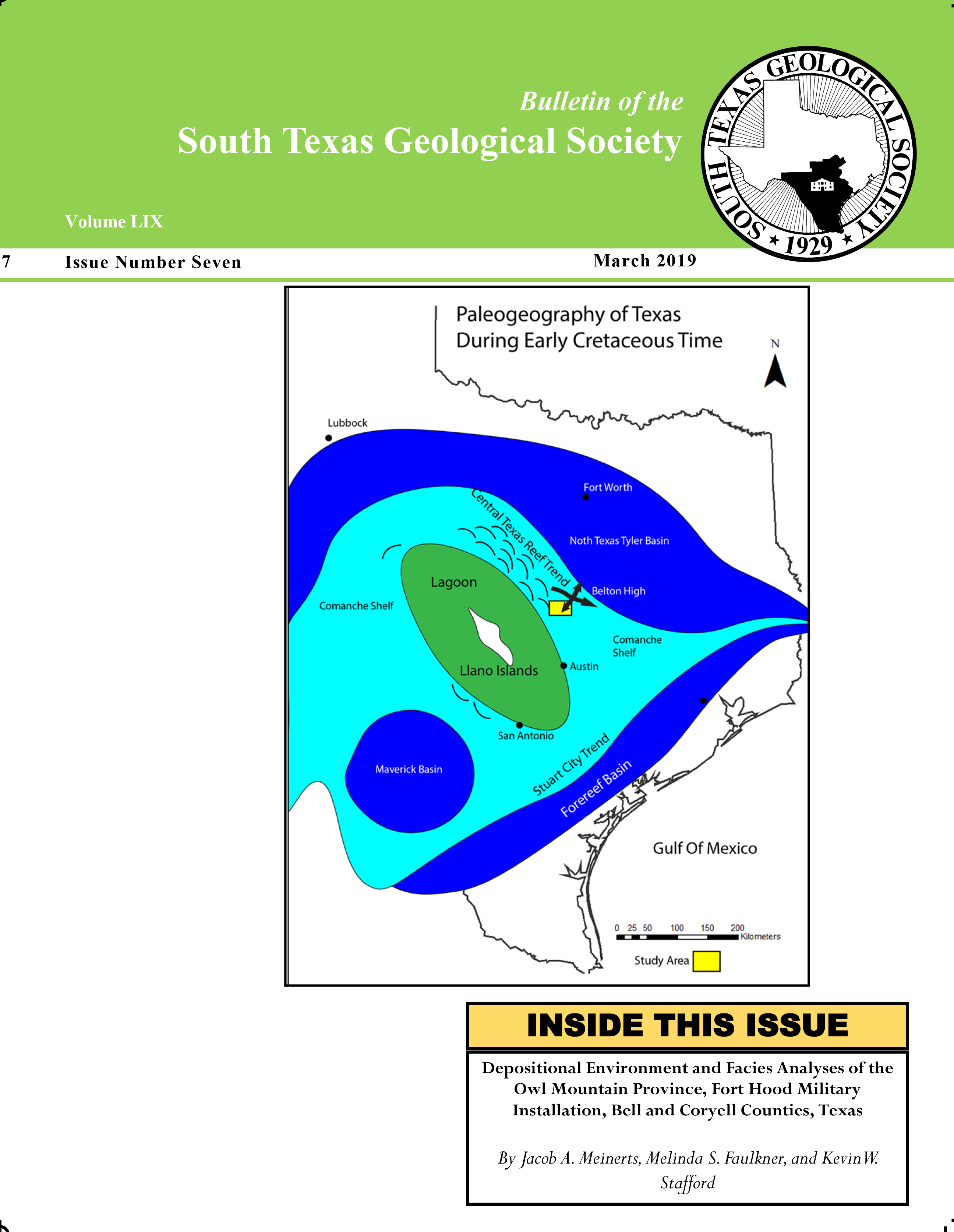 Depositional Environment and Facies Analyses of the Owl Mountain Province, Fort Hood Military Installation, Bell and Coryell Counties, Texas
By Jacob A. Meinerts, Melinda S. Faulkner, and Kevin W. Stafford
Stephen F. Austin State University, Department of Geology
Abstract
The Owl Mountain Province is a plateaued, karst landscape located in the eastern section of the Fort Hood Military Installation and characterized by Lower Cretaceous Fredericksburg Group carbonates. The topography is capped by thick sequences of the Edwards limestone; steep scarps and incised valleys along the edges of the plateaus host inter-fingering outcrops of the Edwards and Comanche Peak limestones, and alluvial sediments and intermittent outcrops of the Walnut Clay cover the lower valleys. These formations were deposited to the north and west of the main Edwards trend, and are thought to be part of a series of complex carbonate mounds that developed as backreef deposits in a restricted environment on the Comanche Shelf, associated with the western flank of the Belton High.
This study describes the microfacies within the Fredericksburg Group and characterizes the depositional environment of the study area. Field observations and laboratory analyses were used to investigate the microfacies in detail, providing evidence related to the compositional makeup and diagenetic processes of the Lower Cretaceous strata. Sixteen lithostratigraphic sections were measured in the Comanche Peak and Edwards formations, identifying microfacies were identified and described in the field based on allochems, matrix, bioturbation, bedding style, and other distinct features. After thin section analyses, 11 microfacies were identified, characterized, and used to create a diagenetic model to provide an accurate depiction of the Lower Cretaceous middle shelf depositional environment of the Owl Mountain Province.