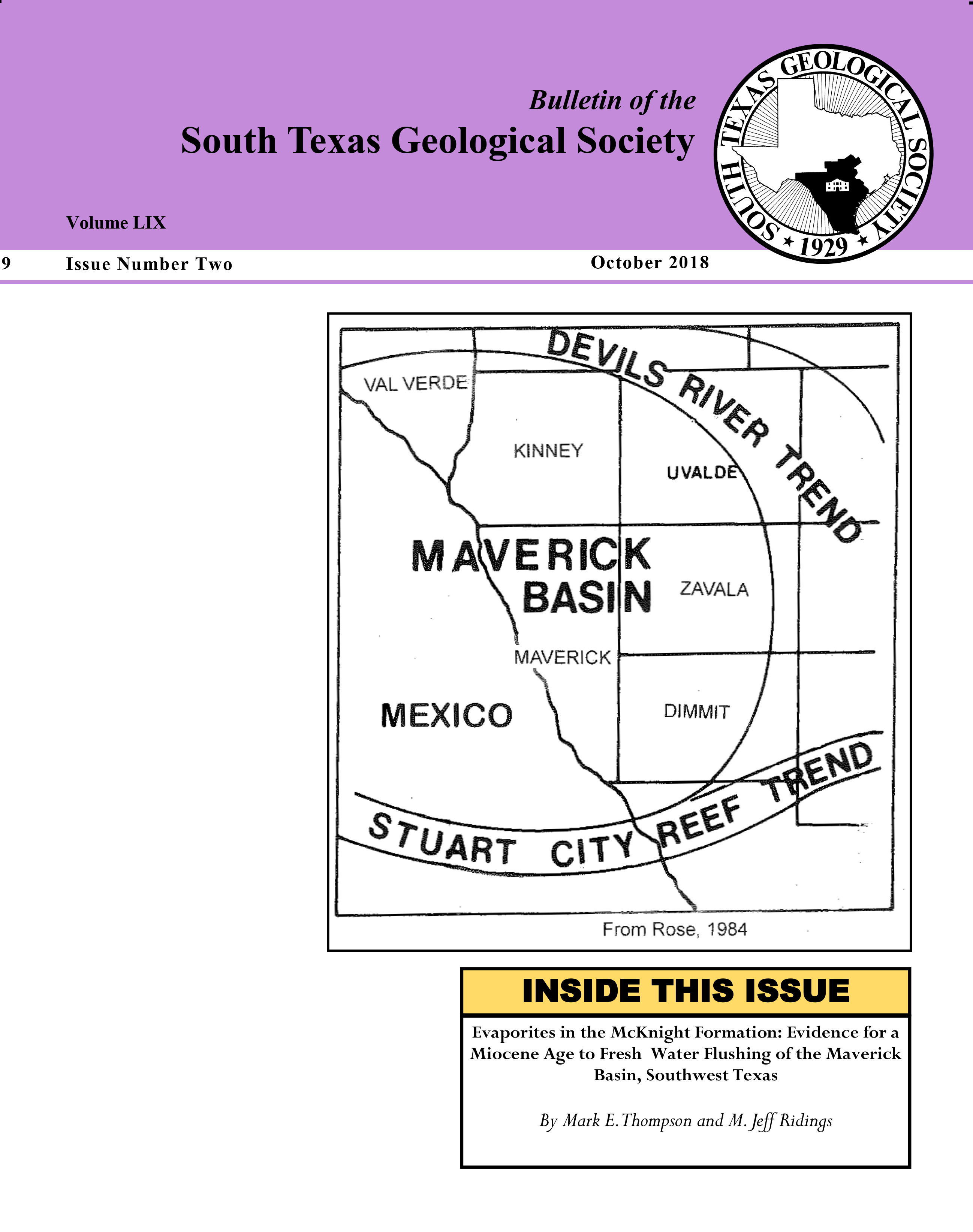 Evaporites in the McKnight Formation: Evidence for a Miocene Age to Fresh Water Flushing of the Maverick Basin, Southwest TexasBy Mark E. Thompson and M. Jeff RidingsPetroleum GeologistsSan Antonio, Texas IntroductionThe Maverick Basin is a relatively small depositional basin of Mesozoic age located in extreme southwest Texas (Fig. 1). The basin originated in the Late Triassic to Early Jurassic as a rift basin created during the early formation of the Gulf of Mexico. The Jurassic sediments, both marine and non-marine, accumulated in the northwest-southeast oriented rift basin until the rift was totally filled with clastics at the end of the Jurassic. During the Early Cretaceous Comanchean the Maverick Basin was actively subsiding, which continued through the remainder of the Comanchean and into the Early Gulfian. The amount of subsidence in the Maverick Basin is so pronounced that the 4,600 feet of Cretaceous rocks present at Luling on the San Marcos Arch 140 miles to the east is represented by 12,700 feet of Cretaceous section in the depositional center of the Maverick Basin.The basic geology of the Maverick Basin has been described in numerous other publications and therefore only a few highlights of its depositional and structural history will be discussed in this article.