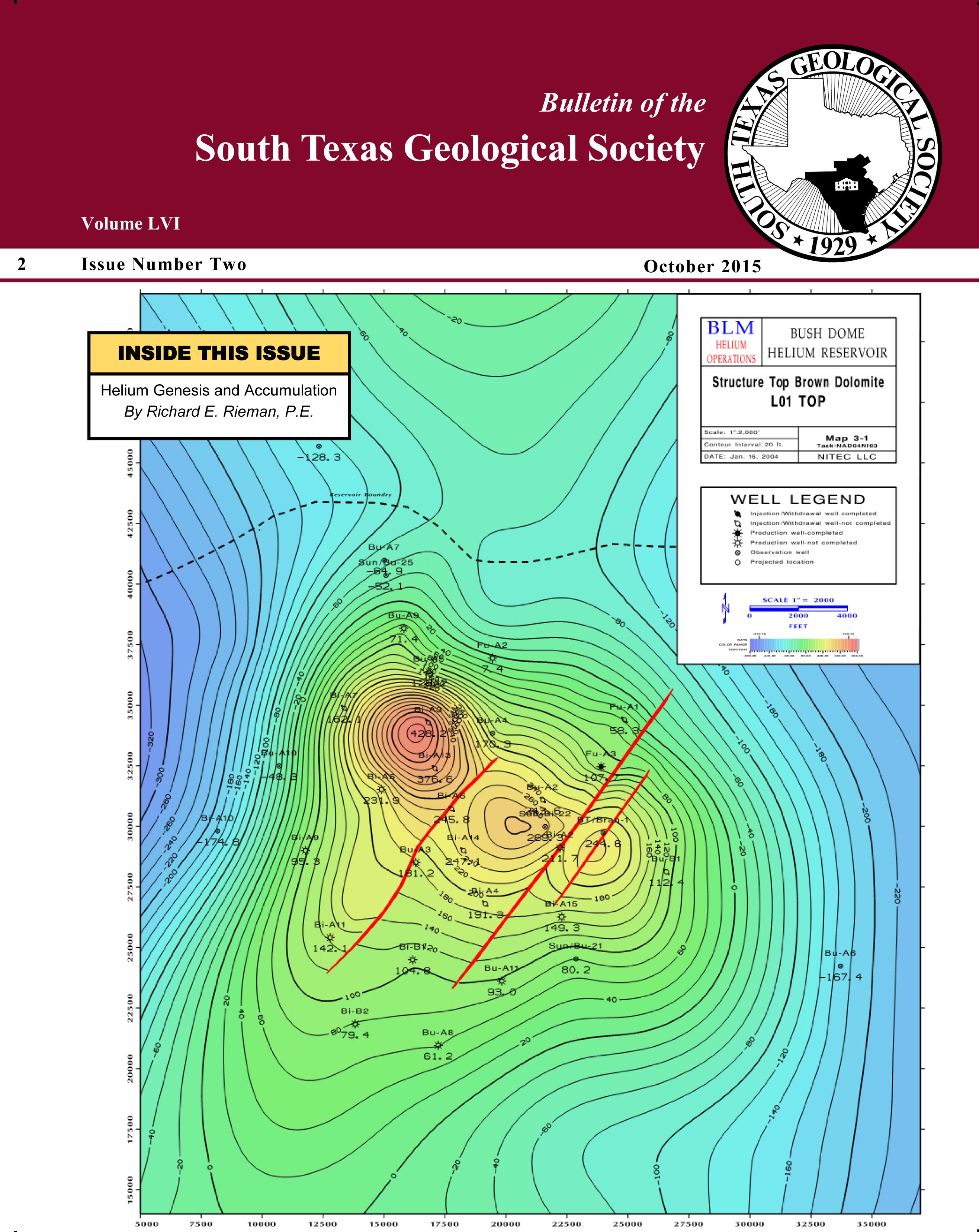 There are two theories of helium genesis.  One theory holds that terrestrial helium is primordial gas entombed in the earth during its formation, while the other attributes terrestrial helium to the result of radioactive decay of uranium and thorium.  Neither theory can be proven due to the circumstantial nature of any evidence presented, however no investigator of record has attempted to prove the primordial theory, while significant effort has been expended to prove the radiogenic theory.  Evidence supporting the radiogenic theory follows.

The source of terrestrial helium appears to be mainly a product of radioactive decay of elements such as uranium and thorium, which are present in trace amounts in nearly all rock formations.  Uranium / thorium deposits will release alpha particles during decay. These alpha particles will strip electrons from any available source including nearby molecules they contact to produce helium.

Neon is present in very small concentrations in natural gas with high helium content, however the ratios of the isotopes 21Ne and 22Ne to the more abundant 20Ne in the gases analyzed were determined to be higher than what is found in the atmosphere1,2.  It has been suggested that these more abundant isotopes result from the reaction of alpha particles on 18O to yield 21Ne and on 19F to yield 22Ne 3.

Natural gases with high helium contents have been found to have isotopic ratios of 40Ar to 36Ar from 5 to 75 times the atmospheric values, indicating that 85 to 99 percent of the 40Ar was radiogenic.  The radiogenic 40Ar is possibly generated by the radioactive decay of the 40K isotope.  The ratio of helium to 40Ar is often compatible with the decay parameters of uranium, thorium and potassium in normal concentrations in terrestrial rocks 4, 5.

The energy in alpha particles is able to decompose at least some nitrogenous compounds; however the genesis of nitrogen appears to be mainly a parallel process with some nitrogenous decomposition occurring at rates resembling the decay of uranium and thorium 4, 5.  Since the heightened presence of nitrogen isotopes in natural gas is insignificant compared to the atmosphere 3, the generation of nitrogen in natural gas is more likely the result of chemical decomposition than radiogenesis.  Susceptible nitrogen compounds are commonly present in likely hydrocarbon generating environments.  Nitrogen / helium ratios . Although at least some nitrogen appears to be present in almost all helium rich gases, no conclusions could be drawn regarding radiogenesis.

Carbon dioxide is generally present in high helium gases; however there is no apparent linear relationship.  In the statistical data cited, ratios of carbon dioxide to the other gases appear to vary with no consistency 3.  It appears that carbon dioxide in reservoir gas is produced by another chemical process from those discussed above.