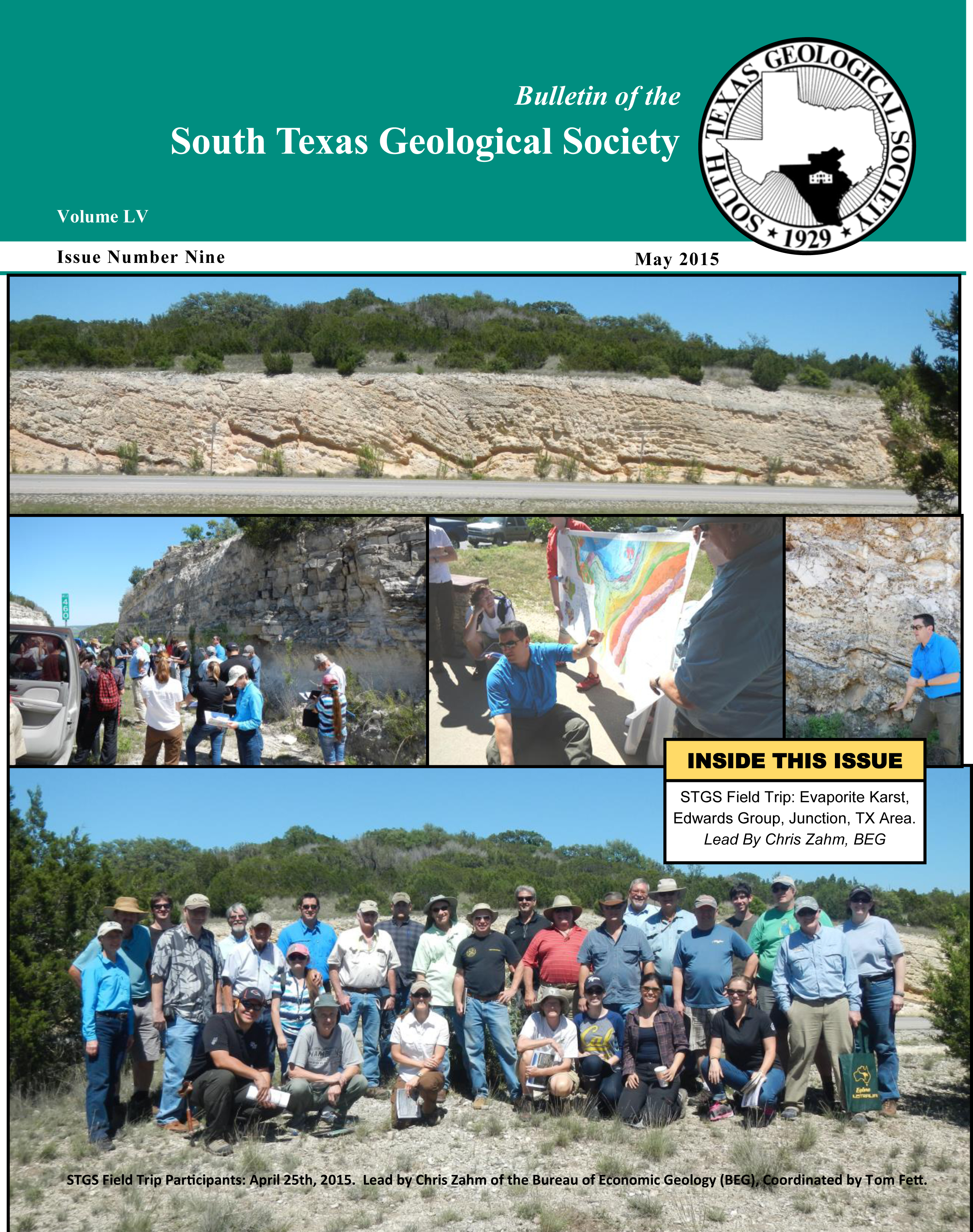 BUILDING TEXAS: INSIGHTS FROM THE
'TEXAS THROUGH TIME' PROJECT
EWING, Thomas E., Bureau of Economic Geology, University of Texas at Austin, Austin, TX; and Frontera Exploration Consultants, San Antonio TX
For presentation at South Texas Geological Society, May, 2015
ABSTRACT
In June 2013 I began work at the BEG to put together a summary volume on the geology of Texas as geologists currently understand it, to be designed for general audiences. At present, we are in final drafting, editing and compositing; anticipated printing date is the fall of 2015. The book will be 300-350 pages long, fully illustrated in color. It includes a comprehensive series of time-stratigraphic charts and an atlas of paleogeography and other features.
To write such a summary involved summarizing and synthesizing hundreds of geological reports and articles. That has led to some interesting new insights, a few of which follow:
The project also includes a website, which forms part of the BEG website. It will include statewide information; some material from the book; and a series of 70-plus 'Great Places to View Texas Geology'. These are miniature field trip guides to highlight publicly accessible places to be wowed by Texas rocks and landscapes. Each site includes a nontechnical discussion of what you see, why it's important; a gallery of photographs; and a few references and websites for more information.
Local sites included in the Great Places include: San Antonio missions and quarries; Canyon Lake Gorge; Natural Bridge Caverns, and Comal Springs. This is the highest concentration for any urban area in Texas. Farther afield are Austin (two sites), Uvalde, Enchanted Rock, Inks Lake area (2 sites). In South Texas, Goliad, Sal del Rey salt lake, the Roma Bluffs and the Rio Grande delta are included, as well as Baffin Bay, Padre Island, and the Blackjack Peninsula (Aransas NWR).