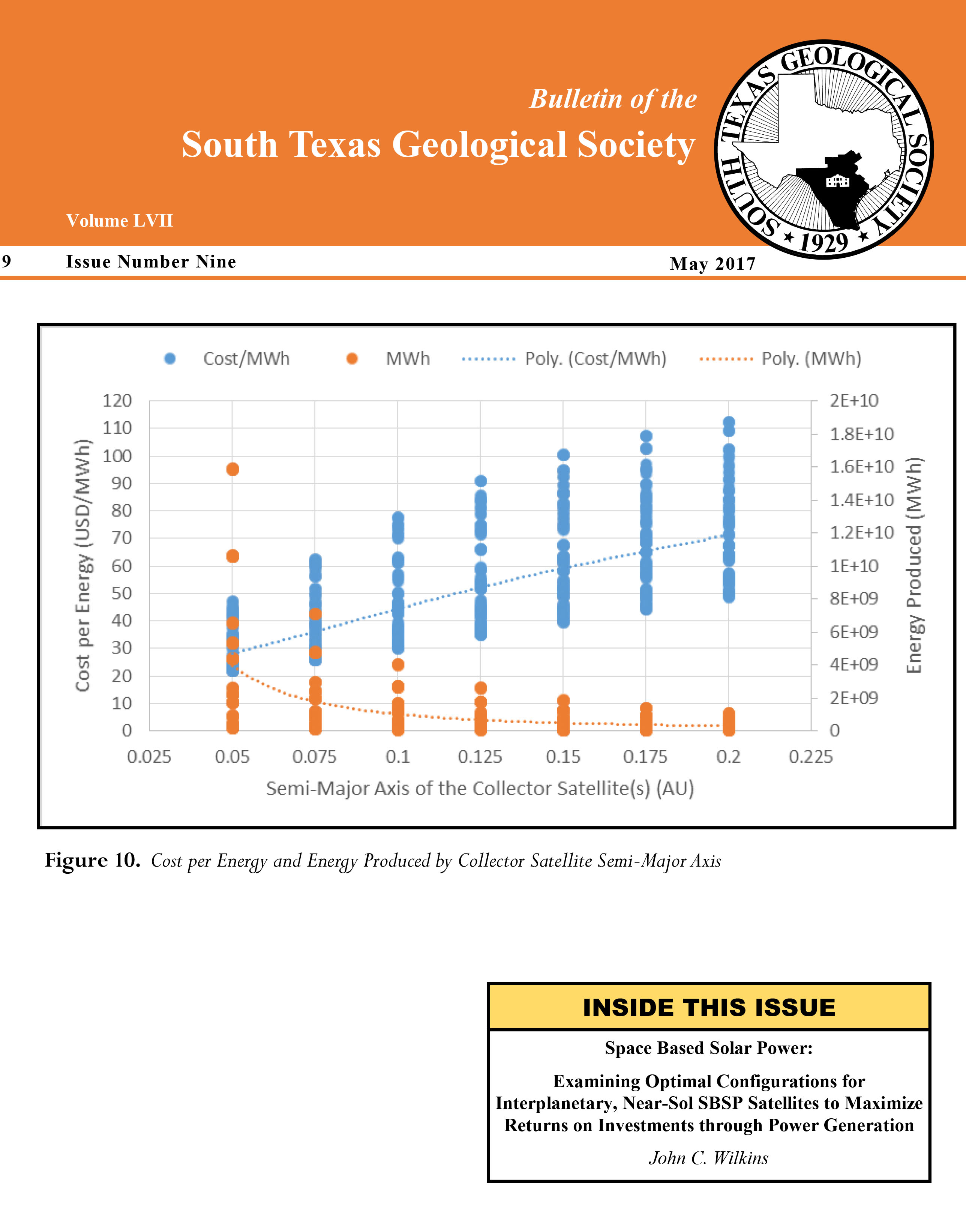 Space Based Solar Power: Examining Optimal Configurations for
Interplanetary, Near-Sol SBSP Satellites to Maximize Returns on
Investments through Power Generation
John C. Wilkins
Computer Programmer, Astrophysics Researcher
San Antonio, Texas
jwilkinsspss@yahoo.com
ABSTRACT
As a study on space based solar power
(SBSP), this research project examined several
configurations for high efficiency and high
yield energy production via a cross solarsystem
transmission of light from a near-Sol
orbit to a geostationary collector at Earth. An
estimate of power production for each of the
1008 different test conditions was achieved
through a researcher-designed computer
program written in Java. Each of the 1008 test
conditions were modeled in one-second
increments for an entire year, including the
orbital, heating, and power transfer
mechanics.
This study examines the conditions for
an optimal configuration of a near-Sol SBSP
system that maximizes power per cost through
manipulation of the following independent
variables: (1) semi-major axis of the collector
satellite, assuming a constant circular orbit;
(2) size of the collector and transfer satellites,
as described by the radius of the parabola and
the radius of the transmission aperture; and
(3) ratio of collector to transfer satellites, with
the transfer satellites at 1 AU.
The optimal configuration that was
tested was found to be test 107, which
featured the shortest semi-major axis, the
largest satellite size, and the largest collector
to transfer satellite ratio; it produced 5.71E19
joules in one year at a cost of 348 billion
dollars. Although the cost estimate was
rudimentary, if the cost was off by even an
order of magnitude, 5.71E19 joules is still
roughly equivalent to four times the current
yearly energy production of the entire United
States.