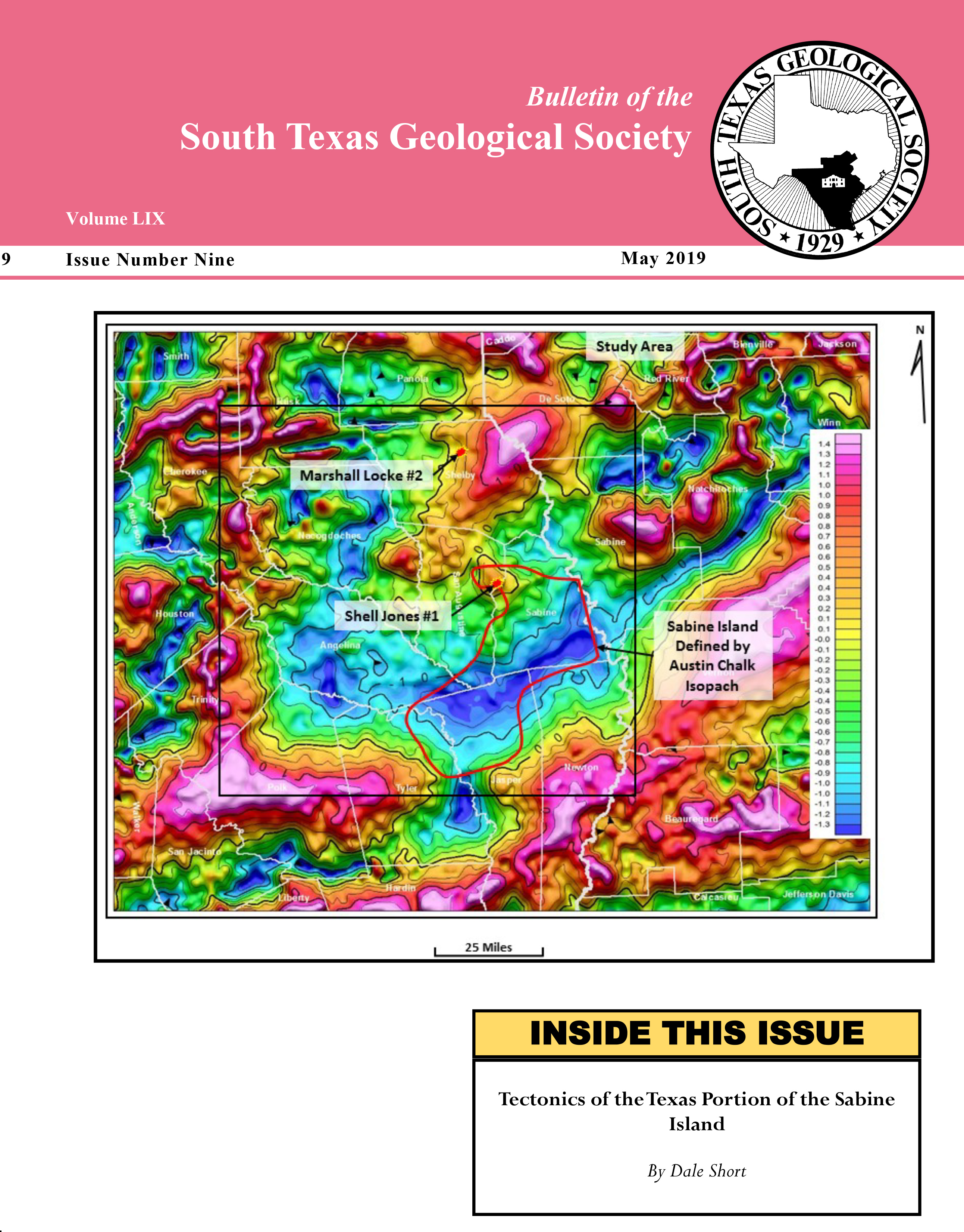 Tectonics of the Texas Portion of the Sabine Island
By Dale Short
*Republished by permission of the Gulf Coast Association of Geological Societies,
whose permission is required for further publication use. See original publication cited in References Cited.
Abstract
Sabine island is a tectonic feature located on the southern end of the area known as the Sabine uplift in East Texas; these features are unrelated. The island has a different tectonic history compared to that of surrounding areas. The objective of this investigation is to document the apparent vertical movement of the island. This is a new model and is meant to stimulate thought and additional research. The current study focuses only on the Texas portion of Sabine island, leaving the Louisiana portion of the island for future study. Previous work done by the author indicates that the Louisiana portion of the Sabine island has a similar tectonic history.
Sabine island and several other “basement highs” were emergent during the deposition of the Jurassic salt, leaving either a very thin salt (~100 ft.), such as in the vicinity of the “Strickland Ridge” along the Shelby – Panola county line, or absence of salt as found on the Sabine island, and in northeast Shelby County in the vicinity of Juaquin Field. These areas remained high during the deposition of the Smackover Formation up to the Valanginian unconformity. After the transgressive systems tract deposition of the B Lime occurred, the Sabine island area subsided and created accommodation space for a thicker section of the marine to paralic Travis Peak siliciclastic section. A reversal of motion on the Sabine island block occurred during the deposition of the Cretaceous carbonate section and is illustrated by apparent reefing in the section above the Rodessa and possibly up into the Georgetown and Goodland intervals. Another reversal occurred during the deposition of the Austin Chalk that can be demonstrated by thickening of that interval over the “island.” The final reversal documented in this paper is between the top of Austin Chalk and the Chicxalub tsunami event near the K/T unconformity.